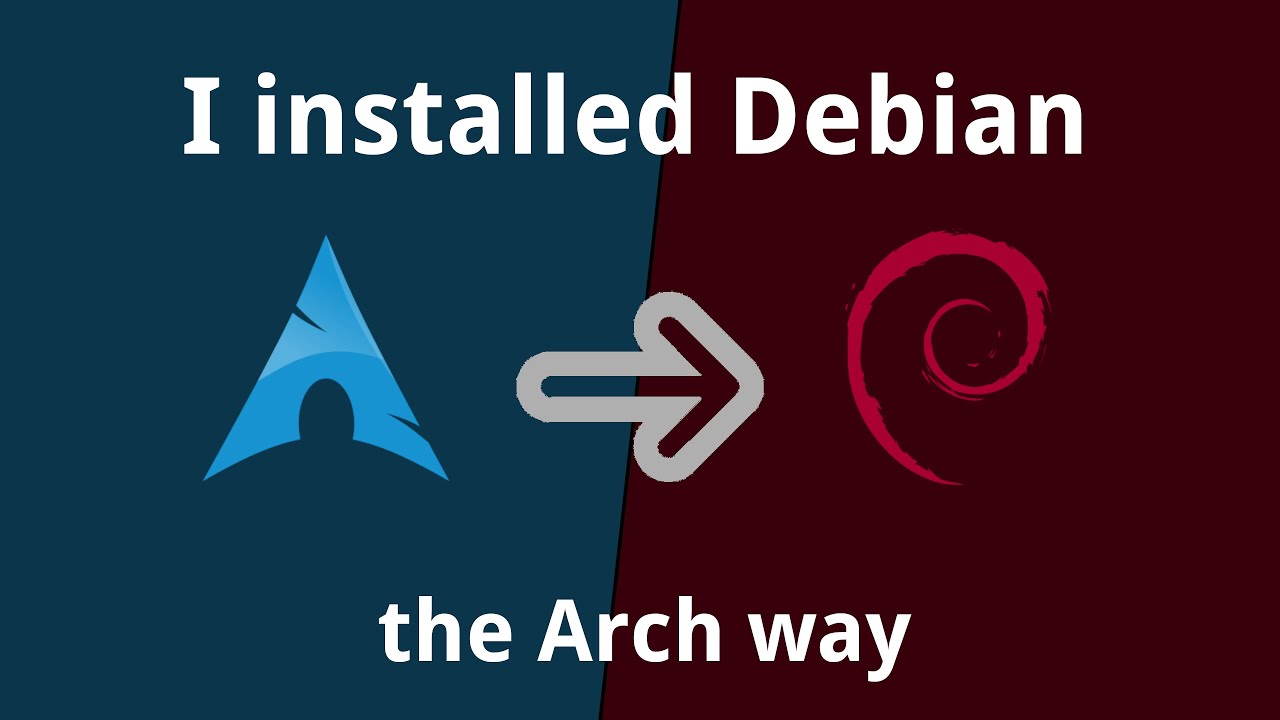 In the previous video, I talked about how I entered the Arch ecosystem a couple of years back and recently moved to Debian. In this video, I'll talk about the approach I took for the migration, and also share my experience and learning from this entire exercise.

As I've mentioned before how I once failed at installing Debian on one of my older machines using the text-based installer, I didn't expect things to be very different in 2021 either. I was expecting a text-based installer with about a hundred steps, half of which I won't understand or need either.

However, this time I came across more ways to install Debian. I found that, unlike Arch, Debian lets you choose between quite a lot of different kinds of installers including a graphical live installer, net-install ISOs, free and non-free editions, some with different desktop environments right out of the box, installers for different architectures, and many more.

You must be knowing by now how I've been spoilt about having a tighter control over my Linux setup. After so much, leaving all those important choices to a graphical installer didn't sound right, so I went out there looking for a way to install Debian in a more controlled, or rather difficult way that I'm sure many of us aren't aware of. You can say that I had to earn the "I use Debian BTW" badge for myself if there was one for Debian, that is.

Why it didn't work for me

Leaving choices to a graphical installer is one thing, but I did realize that I had been getting used to a very particular setup with Arch lately.

A few major requirements are as follows:

And then I found debootstrap

Thanks to Arch, I knew exactly what to search for on the web. I literally searched "how to install Debian the 'Arch' way" and I wasn't disappointed to learn that there indeed was a way to do it.

I came across debootstrap and it seemed to be the alternative to pacstrap from Arch. I also learned that debootstrap could also be installed as a package on other Linux systems like Arch and used to install a Debian system on a particular directory on that Linux system, so this was definitely way more than what I was originally looking for.

One minor shortcoming with Debian

I should admit that this migration probably has to be the longest, most tiring, severely crippling migration I've ever had on my computers. I shouldn't be blaming this on Debian, and of course, I may be wrong here, but really, if one would compare it with Arch, the amount of documentation, tutorials, and examples on the web available for Debian, be it official or community-contributed, is way smaller in number. Yes, in many cases, Ubuntu tutorials do apply for Debian with slight changes here and there, so you know you're not entirely walking in the dark. Please don't kill me in the comments. :)

The path I took, in moderate detail

So this is how I drove it:

Issues during the install

Let's look at the issues I faced during the installation from a little closer.

As I've mentioned before, Debian provides a separate non-free ISO for machines with proprietary hardware, my hardware being a very good example. There was no way I could've used an official ISO, and the only non-free ISO I could find was a live one.

As far as I remember, that was all the struggle I had to deal with, and as you know I'm running Debian now, and the way this system has been performing, I guess all that hassle was totally worth it.

I've linked my Gist that documents my commands I used for the setup in the description.

So like I said during the start of this video, this one was only about the issues, hurdles, and learnings during the installation. As per the plan, the immediate successor to this will be a new episode in my series Back to Linux, where I'll talk about the outstanding gaps and issues post the move to Debian.