Back to Linux - Ep 06: Re-setup with Debian (Gains and losses)

This article is a transcript of a video that you can watch by clicking the thumbnail below. Certain statements may not make sense in text form, and watching the video instead is recommended. You can watch the entire playlist here, where you'll find the videos that have been published till this point. 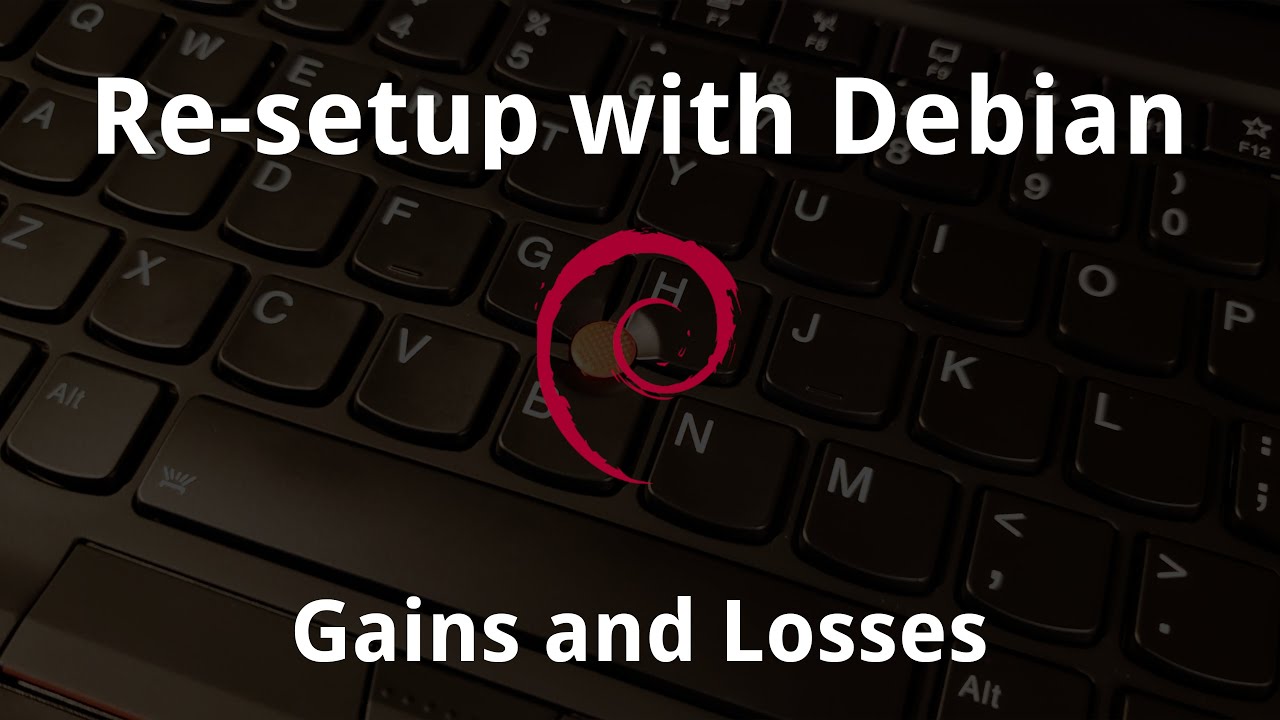 This video is a part of my series Back to Linux in which I covered my transition from my Apple MacBook Pro to a ThinkPad earlier this year. Though this video isn't about a transition between two hardware, given how I had to reconfigure the entire machine this time too, I consider this video to be a part of the series.

If you haven't watched the previous videos in the series yet, you might feel a little lost in this one. I would highly recommend watching at least a couple of previous videos to get in sync with the state of the machine we'll be talking about all the time during the rest of this video.

A quick recap and some catch-up

Before we talk about the migration to Debian, it would be a better idea to instead start with the plenty of changes that happened since I set it up with Arch, so let's just get that out of the way first:

Let's start talking about the new setup I now have with Debian. It's similar to the old one in some ways, and different otherwise. There sure were a few compromises, that I hope will disappear with time.

Things that stay the same

The following things remain the same:

Things that have changed

Now let's talk about the things that have changed.

So the new partition scheme involves a single BTRFS partition that hosts multiple subvolumes for all Linux distros. Along with the clear advantage of having to look at (and deal with) a smaller number of partitions, the following are a few more advantages:

Issues after the install

In my previous video about how I used debootstrap, I did mention the issues I encountered while installing Debian. With all that taken care of, let's talk about the issues and changes that exist after and as a result of the installation.

Positive outcomes of the migration

Having talked about all the issues and changes, let's also have a look at the positive side of this migration.

That's definitely not all

This may not be all and I'm sure I'll be coming across gaps and issues here and there at least for the next few months. Regardless, I'm sure it'll be fun. I'll try to cover anything significant that I get to learn in the process of navigating through those issues if there are any.

The relatively lower priority issues that I talked about can be ironed out one by one slowly while I resume back to my planned development tasks that had been stalled for a long time due to this migration.

So this has been my experience with Debian till now and having a very similar and close to complete setup with two completely different Linux distributions proves the same thing we already know: there could be multiple ways to solve a problem in Linux. The next one in the series could be Gentoo, but that would be like jumping ahead several years. In the near future, I might jump back to Arch, hopefully when I'll be a little better equipped to deal with issues that I wasn't able to deal with this time. Till then, Debian helps get the job done and in some ways, it gets it done better.