What I Learned Writing My First Book 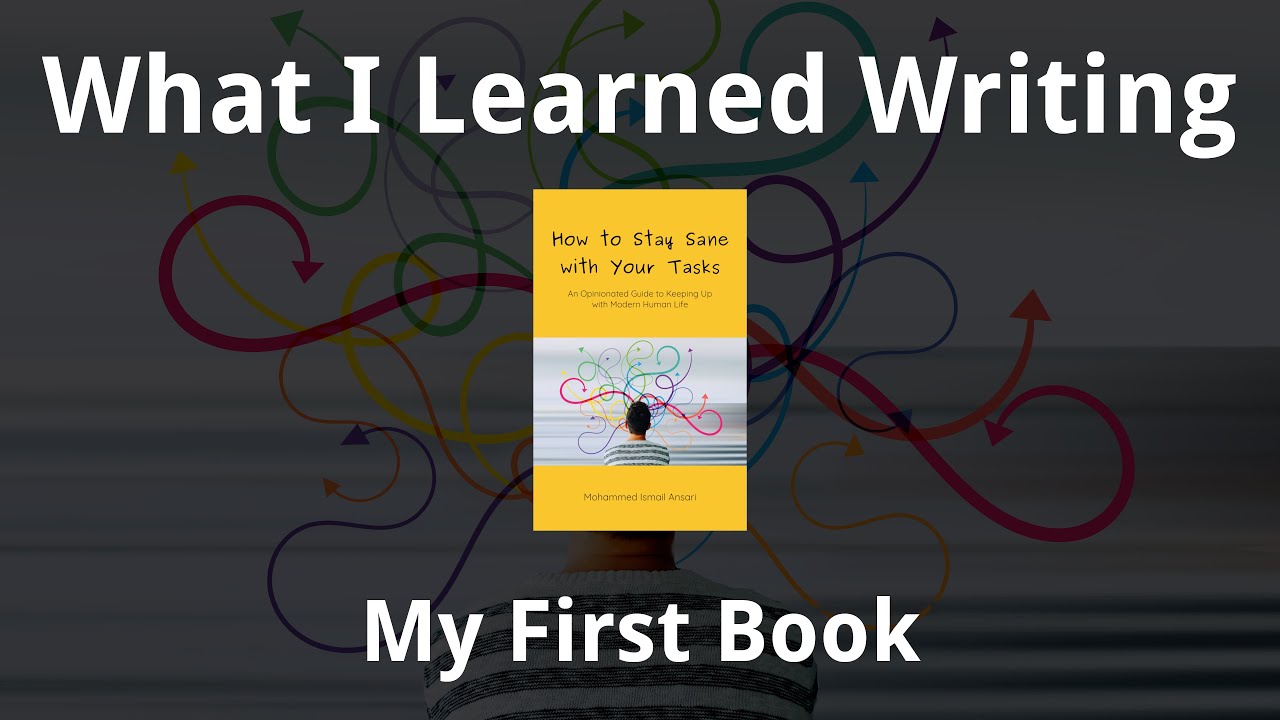 This video isn't about Linux, Emacs, or any other scary stuff that you'll otherwise hear me talk about. Instead, if you've read the title of this video, it's about a book that I wrote recently. Well actually, it does include all that as well, but that's just me, right? So let's continue with the video.

Why I wrote a book

If you know me, I'm a little too much into computer programming, not just as a means of living, but also as a hobby. In fact, I've been doing this since way before I started my carrier as a software developer, even back when I was studying Electronics Engineering, just out of my passion for computers.

After all these years of writing computer code professionally, and doing it outside of work too, I've developed a strong impression among people. Being good at the art, and more so being so-called "passionate" about programming is something I find too generic. I mean I'm sure that if you'd ask this question to anyone who's been in the software industry, they'll tell you that they love writing code, but I wish I was known for other things too. I definitely can't stop doing it now, not at work because it helps me pay my bills, but also outside of work as it would be like leaving a part of me behind.

Fun fact, I tried it once back in 2010 close to the start of my professional career, and needless to say, it didn't go well. Having said that, I've been looking to explore other forms of art recently, the only problem is, everything that I do brings me back to my QWERTY keyboard in some way or the other. Not that it's anything bad, I guess you can't run away from yourself.

I don't need to specifically mention this, but I'm not the best with languages, not with computer programming languages, and definitely not with human languages, so writing a book isn't something that I'd expect from myself either. However, after being criticized for my detailed emails at work, long messages over text chat, and ultra-long internet posts, I thought rather than bringing concision to my written communication, how about I let my thoughts flow for once, and publish it in form of a book? I might as well learn something new, which would be great!

What it is like to write a book, at least as I see

Writing a book is a huge commitment, so I definitely needed to prepare for it. I had the following high-level unknown parameters that I had to learn about and decide on:

All the tools I used to write, test, and publish the book were free and open-source.

The steps I took

Let's talk about the steps I took at a high level.

A few choices I made

These are a few choices I had to make:

A summary of what I learned in the process

Finally, the following is a summary of what I learned from the exercise:

I did realize a couple of things:

The book is now open-source

A couple of days after I published the book, I made it open-source. It now resides as a part of a GitHub project where you can build it yourself from the source.

One of the first things you'll notice in the source file would be that I did cut through a lot of corners to get things to look like I wanted them to look. Yes, I'm not a hundred percent proud of it, but at least it got the job done for this time.

I'll keep an eye out for reviews and will hold back writing my second book (spoilers) until I feel that I've learned enough to do it a better way for the next one, especially without the compromises I had to make this time.