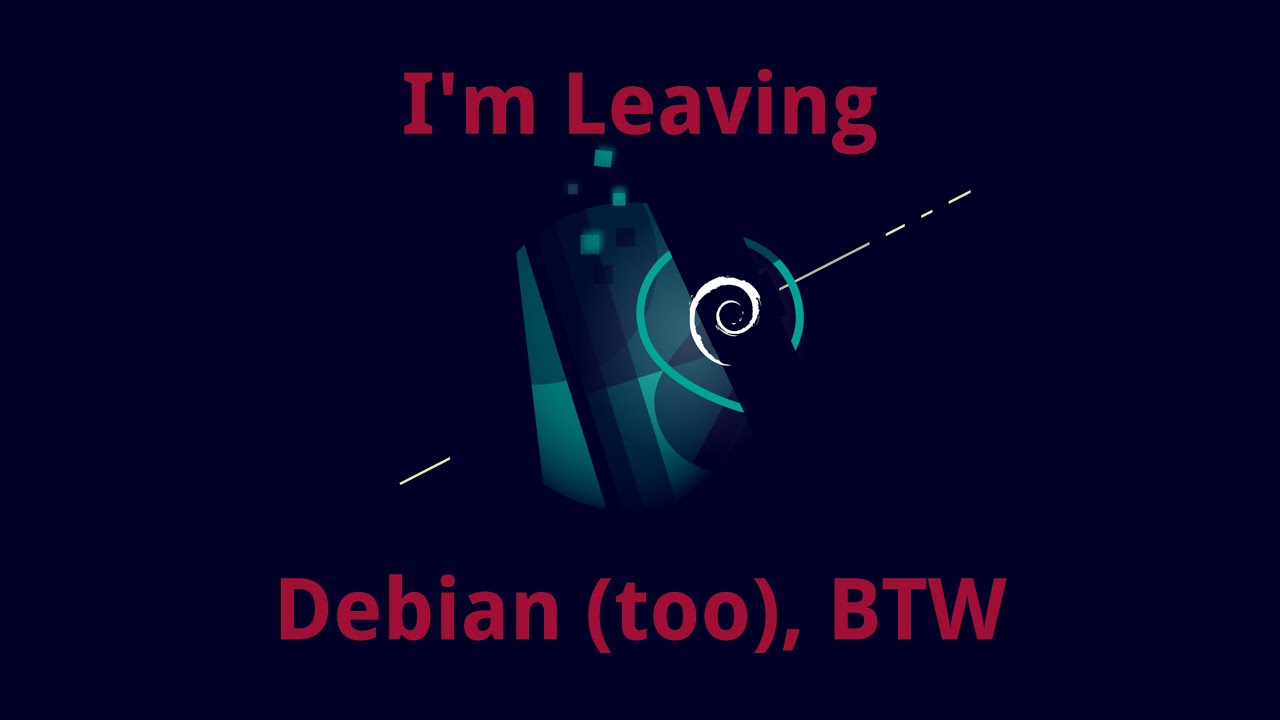 I recently switched from Arch to Debian and I'm already switching again. It's not like I don't have anything else to do, but here I am trying to create yet another parallel setup for my ThinkPad. Let me explain...

If you're looking for a short answer, actually there wasn't anything serious that made me consider moving, at least not as pressing as it was while moving away from Arch.

Now I know there could be some fire in the comments, as apparently the last time I made the switch from Arch, it was pointed out to me that I wasn't worthy of using Arch and I should have gone with Ubuntu.

Anyway, let's make this quick as there are apparently a lot more interesting videos lined up for my new choice of an operating system, which we'll soon talk about.

How operating systems are different to me

To me, the following things make an operating system different than the rest, which obviously may sound very specific to the way I use Linux, and also to my skill level:

My experience with Debian till now

Let's take a moment to acknowledge my positive experience with Debian in the last couple of months.

But then why am I leaving?

So finally, the reason for me to move out from Debian, there actually isn't much to talk about. I really had to come up with reasons to leave Debian, something that just works and never breaks, or at least according to my experience. Below are a few of them:

Is this a loop?

So, could this be the distro-hopping syndrome many of us are affected with? Maybe, and my brother would definitely believe so, but looking deep down inside, I realize that's the kind of person I am, so I guess that should be OK. Besides, the grass always appears to be greener on the other side, so there I go again to look for something that I would want to believe is better than what I'm using currently.

Getting to know Linux, one distro at a time

After having a complete setup for my ThinkPad on two totally different Linux distros, which is something that started with Arch, it gave me a fresh perspective to look at Linux and then trying to achieve similar results with Debian helped it improve for me even more. Now I have a better idea of what typical things are required while setting up a Linux distribution, so I guess I can potentially repeat the same steps with a few minor changes for several other distributions and also achieve success.

As I've kept mentioning that the next one would most probably be Gentoo and also that I don't have all the time in the world to compile packages on my own, and furthermore learn about it, it isn't Gentoo this time either. You can try your guesses in the comments, but I plan to talk about my choice in the next video anyway, so stay tuned!