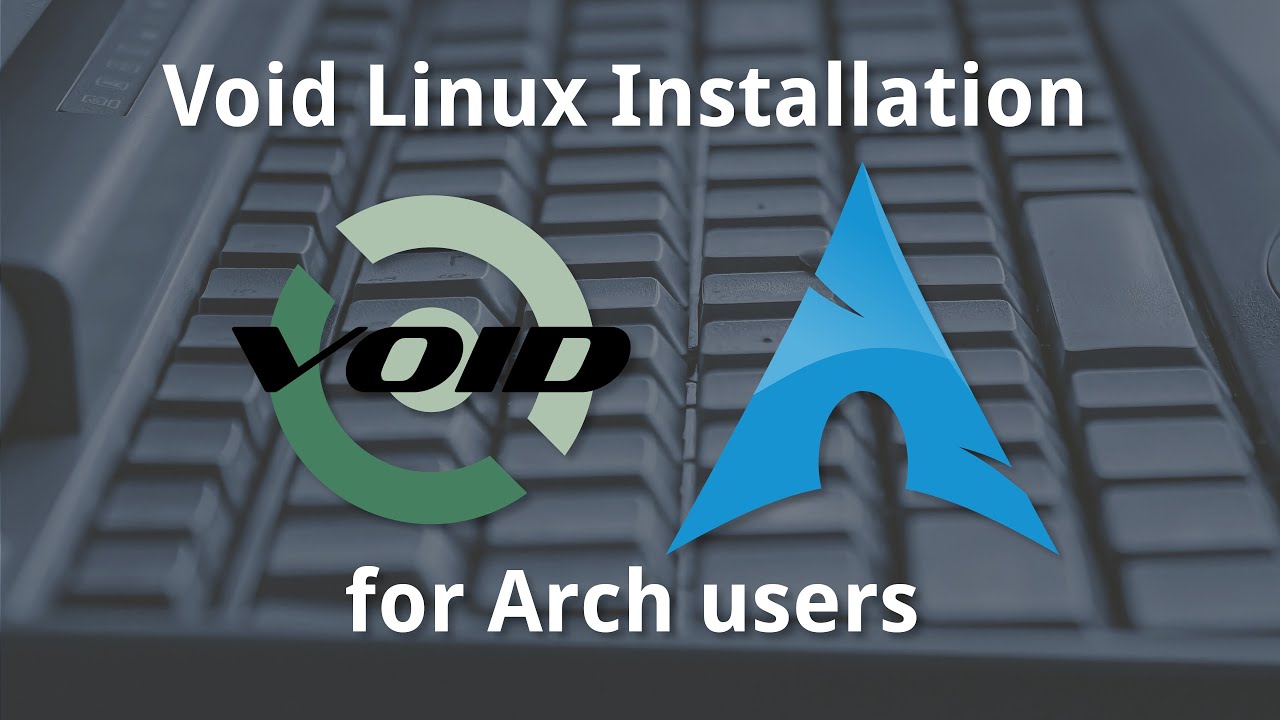 So I love the Arch installation process: it encourages one to learn more about Linux even before the installation is complete. Because I love it so much, I also created a video recently about installing Debian in a very similar way, and given that I've moved to Void now, I thought why not do another such video for Void. So let's have some action!

In the previous videos where I mentioned that I was switching from Debian to Void, I also mentioned that I already have a detailed Gist on GitHub showing the steps for a Void installation that I'd do on my computers. As a matter of fact, I used the same guide to install Void on my secondary computer, so I'm pretty confident that it is a hundred percent accurate.

The scope of this video

Just like the last time, we won't have a windowing system and almost no other software package that isn't really necessary to boot a Void system.

Why install Void this way?

I received a lot of questions on my video on installing Debian using debootstrap for why one would do that when they have other simpler options to do it in a far easier manner. I guess the same question applies to this video as well because even Void provides a simpler way to install. My answer to the question still remains the same, which is, to be able to have more control over the installation and most importantly, have fun.

There's also one more thing to note, that Void provides two methods of installing it through chroot. One is named the "XBPS" method, which is pretty similar to the way we install Arch and is the one we'll follow in this video. The other method involves downloading compiled tarballs, but that's not what we'll do today.

Booting into the Void live ISO

Exactly like the last time, we'll skip all the regular and boring stuff, quickly create a new virtual machine in Virt-Manager, choose the Void ISO to boot into, select EFI as the boot firmware and skip right to the point where the boot is complete.

For this exercise, I chose the XFCE live image, partly because I'm a fan of XFCE and also because I had some issues with network services with the other minimal ISOs, especially the base image, which could very well be due to the fact that I'm pretty new to runit.

As it goes without saying, and also just like the last time, the steps will appear very similar to Arch installation steps.

Once the boot is complete, we jump straight into a terminal and enter full screen, removing all the unnecessary elements from the screen, leaving only the terminal that we'll be working in.

Then we switch user to root.

Note that I also specify the shell for the root user, as it isn't bash by default and though I usually use fish-shell, bash is the minimum I need to be able to work at the shell.

Connecting to a network

We would've needed to connect to the internet, but as all this is inside a virtual machine, we can verify that we're already connected to a virtual wired network.

Otherwise, we could have used nmtui and selected a wired or a wireless network to connect to.

Before we proceed with the installation let's first update all packages, but before that let's update the xbps package manager itself.

Once xbps is up-to-date, let's update all packages on the live system.

So now comes the most important and interesting part of the installation process: the disk setup. As it goes without saying, my usual setup has a slightly complex drive partition map where I use BTRFS subvolumes for various mount points, but for the sake of simplicity, let's just take a boot, a SWAP, and an EXT4 root partition for this exercise. If you want to see my setup, you can always head on to the Gist I have linked in the description. Furthermore, you may also suggest improvements and I'll be happy to learn from you.

So getting back to the installation, we can use cfdisk to create a new GPT partition and then:

Finally, let's make sure we write the changes to the disk before proceeding.

We also have to format the partitions, which is exactly what we'll do next.

We start with formatting the EFI partition as FAT32

Then we format the second one as Linux SWAP

And then finally the last one as an EXT4 for Linux root.

Now that we have all the partitions created and formatted, let's mount them so that we can install Void.

Then we create a directory for /boot/efi.

And then mount the EFI partition.

And then we finally set SWAP.

That takes care of the drive setup and we are now ready for the installation.

We start the installation by setting a couple of environment variables for the REPO we'll be pointing to and the ARCH we'll be installing.

And then we can finally bootstrap a base system.

A point to note here is that we're only installing the packages that we absolutely need. As usual, I'm including neofetch just to be able to have a report after the installation is complete.

Before we root into the installed base system, we need to perform a few things.

We bind a few virtual file systems, which is /sys, /dev and /proc.

And we copy the DNS configuration to the new system.

Changing root to the new system

Let's now root into the new system and start our session with Bash.

This command is pretty similar to how we usually root into an Arch system using arch-chroot. Once executed, the next commands we'll type will be run in the new Void system.

To set the timezone for the new system, we simply create a symlink for the appropriate location for our region. For my case, I'm selecting Chicago.

Setting system locales is easy too. We just have to uncomment the appropriate entry from the file /etc/default/libc-locales.

I'm using Vim here, and you can of course use whatever text editor you like and is also available on the system, or otherwise you can install what you need.

Once I've un-commented the appropriate locale, which in my case is enUS-UTF-8, let me generate the locales using xbps-reconfigure.

Now it's time to set the HOSTNAME of the system.

I'm naming the machine "titan", just like the last time.

Let's also configure the /etc/hosts file for network and make a few changes to the file.

I'll again quickly get this done with Vim.

Before we add users to the system, let's first set a password for the root user.

And once we're done with that, let's add Garrus to the system as a regular user.

So Garrus (just like Miranda in the last video) has a home folder of his own, his full name is Garrus Vakarian and his default shell is bash.

Let's also add him to a few groups so he has more to do than just his calibrations.

Then as the last step, let's also enable sudo access for Garrus so that he can run sudo commands and be happy. For that, we run visudo to access /etc/sudoers file, uncomment the first line that mentions wheel group and then save the file.

Generating the /etc/fstab file is a little bit of work, but we can start by copying the file /proc/mounts and using it as the starting point.

Let me open the file using Vim, and then make a few changes. In short, we have to remove the unnecessary entries except for tmpfs, replace references to the partitions with their respective UUIDs and change the last zero for those entries. The last zero for / needs to be a "1", while for everything else, it needs to be a "2".

This will take a little while, so let me speed up the video.

Once we have all the partitions, we still have to mention SWAP.

When done, we can save the file and quit.

As we're not doing anything complicated here, setting up the bootloader is going to be very simple.

Choosing GRUB as the bootloader, all that we need to do is to run a grub-install.

Once done, we can generate the GRUB config.

Let us finally run an xbps-reconfigure to make sure everything that we did is picked up.

Ending with a cleanup

That takes care of everything and we can now safely leave the newly installed system.

We don't have to worry about the few errors that we see. Finally, let's reboot into the installed Void system.

Rebooting into the new system

After the reboot, our Void system is pretty much ready. We can log in as Garrus, and finally enjoy that moment of glory we've been waiting for by running neofetch.

Enabling a few services with runit

Actually, the setup isn't complete yet. We still have to activate a few services without which the system might not be usable.

We definitely need to start the dhcpcd service so that the machine is able to connect to the internet.

And then we can set up and start services for seat.

See! We just created a couple of soft-links and the services automatically got created, picked up, and started by runit.

So when I run a ping, we see that we're connected to the internet.

So what we just created is a minimal system on which you can build your daily driver. You might need a windowing system, a graphical environment, and useful software packages that you use daily according to your personal workflow. I leave all that fun stuff to you.

As I mentioned during the start of the video, this demo was intentionally made short by having a very bare-bones setup but in a practical setup we may have much more configuration, a great example is my own setup that you can see on the Gist I've linked in the description.

My system setup is way more specific, and one of those things is LUKS encryption, which I might as well cover in an upcoming video. It does add a lot of steps to the installation, but the end result is worth it.