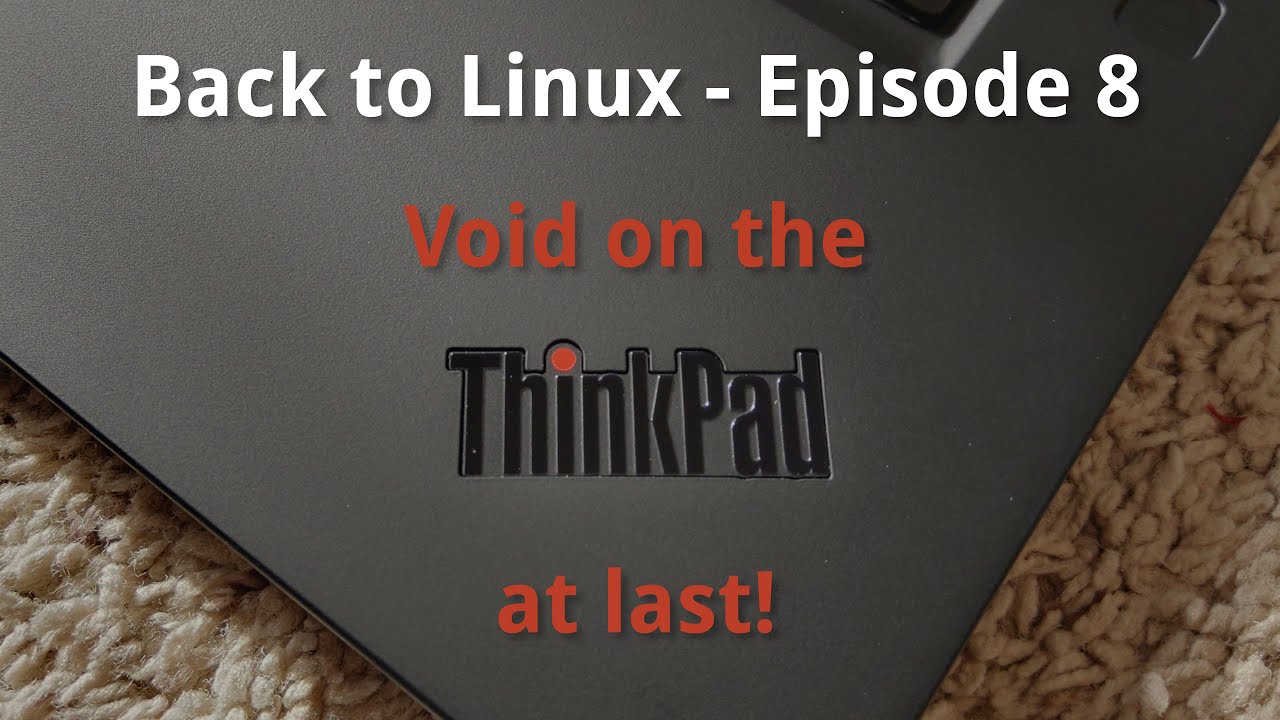 This video is a part of my series Back to Linux in which I covered my transition from my Apple MacBook Pro to a ThinkPad a few months back.

If you haven't watched the previous videos in the series yet, you might feel a little lost in this one. I would highly recommend watching at least a couple of previous videos to get in sync with the state of the machine we'll be talking about for the rest of this video.

So I've been running Void on my ThinkPad for a couple of weeks now, let me tell you how.

My entire activity of switching to Void was perfectly planned, except for the fact that I ended up with very similar issues with Nvidia as I did with Arch. We'll talk more about it in a moment. As I've mentioned a few times before, I didn't really have to switch to a different Linux distribution as I finally had a stable setup for the first time since I had this machine such that it didn't break at all.

Though I had already switch to Void on my secondary computer, I lost all hope to be able to run it on my ThinkPad, until this happened...

I was starting to think that my purchase decision had all gone wrong. I was originally looking for an AMD machine, but then when I came across Lenovo ThinkPad P1 (and hence X1 Extreme), I had to go with Nvidia. Also, I spent about twice as much as I had originally planned and now that I was not able to run the software I wanted, it brought a lot of stress on my mind.

I woke up from a dream where I could run the latest Linux kernel with Nvidia, and I shared it as a funny post on Reddit. What I didn't know was that the dream was about to come true.

And there comes Void

One of the comments on my Reddit post talked about switching settings between hybrid and dedicated graphics and that reminded me of that last thing I could do to get this to work. I rebooted the machine, went inside the firmware interface settings to change the setting from Hybrid to Discreet but found it to be on "Discreet" already, so I flipped it around to "Hybrid" and after a reboot, I immediately started seeing improvements in the way my currently installed Debian instance behaved. One of the many improvements was that I could once again use xrandr to change the screen resolution and also connect external monitors to my machine.

With this new hope, I gave Void another try, and not to my surprise, it worked!

If you would've seen my last video, I was planning to step into Bedrock Linux. Now that I have it all working with Void, I don't need to make that jump. However, I'll still keep it in my inventory and am planning to spend more time with it for a future setup.

State of the current setup

I do have a couple of minor issues with my current Void setup, one of them is the gvfs integration with Thunar, which means that whatever I delete from the graphical file manager directly gets destroyed instead of waiting at a central location called the Recycle Bin, but I guess I can live without it. With Steam being able to run more games than ever, including my most favorite Dirt 3, I guess I couldn't have asked for more.

If you ask me about the next steps, I may not have an answer at this point. I might try getting used to the terminal a little more though, trying to reduce my dependencies from Xserver as you never know when things may change again. Besides, I also have a series to continue, "Living in the command line", which never got another video after episode 2. Apart from that, there are a few more interesting videos lined up, so stay tuned!